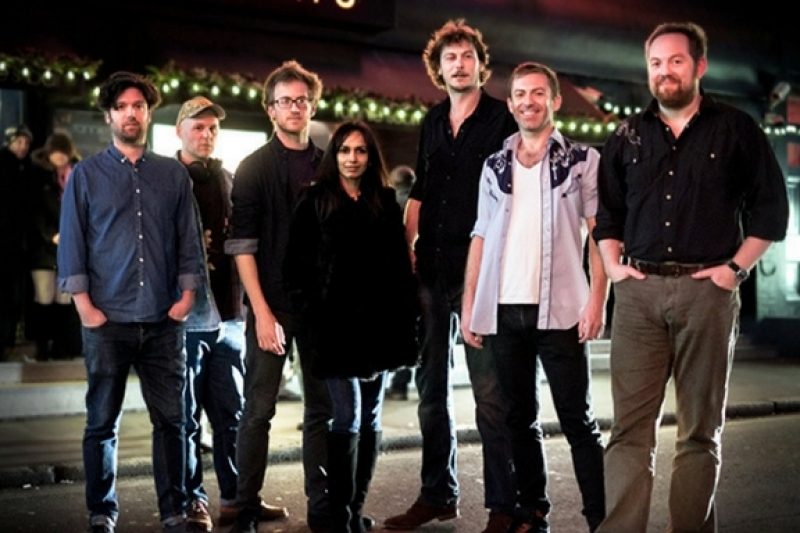 “The sound they have put down is perfect”

With their dedication to what they like to refer to as “Swamp Soul” this brilliant 7-piece band, with their unique mixture of New Orleans Groove and Funk, bring the rhythm and soul of the deep south (that's Louisiana, not Brighton...) alive. As well as a Jazz/Groove/Blues rhythm section second to none the band also features the brilliant singer/guitarist Tommy Hare, the striking 6'6" vocalist who describes his life's work as "mastering the great American musical traditions of blues, rock & roll, country and soul" and the wonderful Kat Eaton (see Friday 3rd). And the rest of the band is equally as impressive, drummer Pat Levett has appeared with Jon Cleary, Tom Jones and Zigaboo Modeliste (The Meters), saxophonist Ben Somers has performed with Dr John, Seal and Taylor Swift, guitarist Rob Updegraff has recently been performing and recording with Sony artist Alani and can be heard on Jamie Cullum’s latest album, bass player Spencer Brown has performed with the likes of Andy Sheppard, Alan Barnes and Rebecca Ferguson and pianist Joe Glossop (Tom Jones, Van Morrison) is considered to be one of the finest Groove/Americana players around. If recent gigs are anything to go by this highly impressive line-up are guaranteed to raise the roof. Highly recommended.

"From time to time I stumble on a band that totally blows me away...The sound they have put down is perfect" Craig Charles - BBC Radio 2; “Tommy Hare...just oozes charisma. He has already sung with members of the Rolling Stones and has a classic rock, soul, blues voice. People came and said ‘whoa, he’s a star’” GetWestLondon; "Riotous uplifting funk bursting at the seams, plus raw powerful vocals. Get down to the Coalminers immediately!" JazzFM