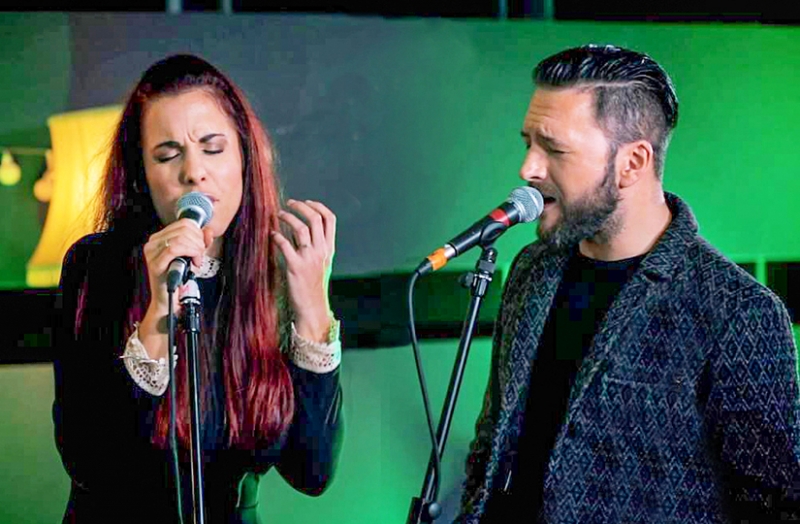 We were first introduced to singer Gavin Conder, one half of singer/songwriter duo the Kondoors when Gavin sat in on vocals at one of famed guitarist/producer Paul Stacey’s recent 606 shows…and we knew we were on to something. The Kondoors-Gavin and his partner, singer Jess Greenfield-have a melodic, harmony-driven sound with a vintage feel to their songs, echoing the glory days of the 60’s and 70’s. With a “rock/soul edge influenced by the Stax and Motown era”, they cite as references legends including Sam Cooke, Marvin Gaye, Dusty Springfield and Tina Turner, and credit their work with producer Steve Brown (Laura Mvula, Rumer) for developing their style. As live performers, Gavin and Jess have supported and worked with an impressive list of big names such as Paul Weller, Bryan Adams, E Street band’s Steve Van Zandt, Sam Smith, Rod Stewart, Rudimental, Imelda May and Take That, while Jess is a member of Noel Gallagher’s High Flying Birds. They have also been heard on Radio 2, Radio 6 Music and across local radio (and at Andy Murray's wedding!). Most recently they have been in Monmouthshire Wales and Nashville, Tennessee recording material for their upcoming debut record and an EP. Given this level of talent, the band Gavin and Jess have assembled for this 606 date is outstanding, featuring Scott McKeon (Tom Jones, Will Young, Jamie Cullum)-guitar with Karme Caruso and Carl Hudson-keyboards; Dan Mount-bass and Simon Lea-drums. This promises to be a cracking gig from two of the most talented performers of their generation.