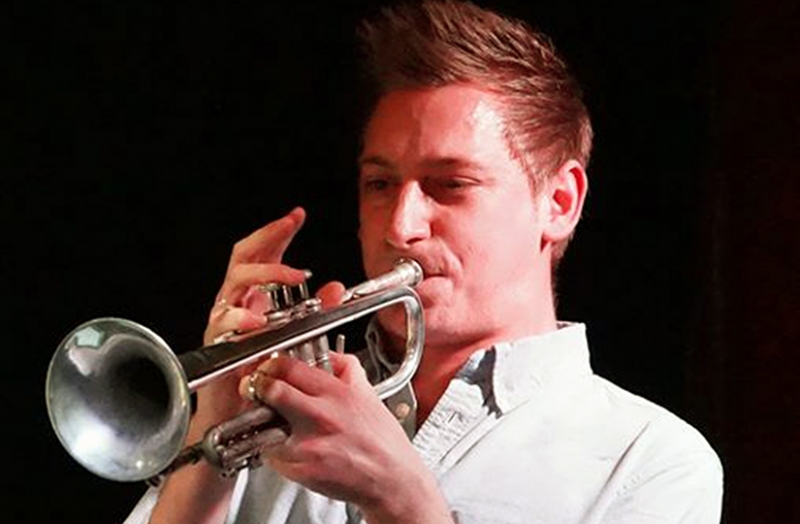 We are pleased to be presenting the gig this evening in collaboration with the Worshipful Company of Musicians (also known as The Musicians' Company). Each year The Musicians’ Company, one of the oldest and most respected charitable companies in the City of London, donates over £250,000 in scholarships and awards in support of young musicians at the start of their careers, across many musical genres. Tonight we are happy to feature the latest winner of the Company's "Young Jazz Musician of The Year" Award, trumpeter (and 606 regular) James Davison, who joins a distinguished list of  past winners including singer Tina May, saxophonists Andy Panayi and Tim Garland and singer and BBC Radio 3 presenter Emma Smith. Winner of the Smith-Watkins Trumpet Award (2016) at the Royal Academy of Music James was lead trumpet with the National Youth Jazz Orchestra and includes work with the likes of the BBC Big Band, Ronnie Scott’s Jazz Orchestra and Pete Long’s ‘Jazz at the Philharmonic’ band. He has performed with the London Symphony Orchestra and as guest Principal with the Royal Philharmonic Orchestra and the Hallé Orchestra as well as the award winning Misha Mullov-Abbado Patchwork Orchestra and his own band, co-led with Callum Au, playing the music of Clark Terry and Bob Brookmeyer, seen regularly here at the Club. He is currently the lead trumpet with the multi award winning Scottish National Jazz Orchestra which has just finished a successful short season of appearances in New York, USA. Tonight James will be appearing with a band of hand picked musicians, many of whom are Award winners in their own right, including Sam Rapley-sax, Jonny Mansfield-vibes, Rob Barron-piano, Misha Mullov-Abbado-bass, Will Glaser-drums and Special Guest: Grace Archer-vocals. The music will be a selection of jazz standards and some originals performed by this fine musician supported by a mix of some of the best of the younger and more experienced musicians on the UK jazz scene.