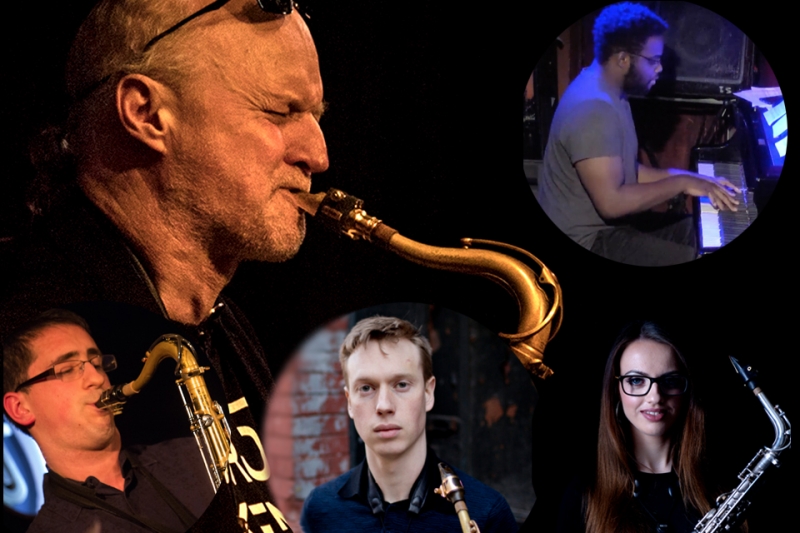 Tonight we will be hosting an evening dedicated to one of the greatest saxophonists the UK has ever produced, the brilliant alto player Peter King, who very sadly passed away last year. After taking the scene by storm in the early 1960’s with the Ronnie Scott quintet, Peter went on to establish himself unequivocally as one of the finest alto saxophonists in the world. He led our sax summit for well over a decade and so we have renamed this evening the Peter King Memorial Sax Summit in his honour. Taking over the reins tonight will be the great UK saxophonist Mornington Lockett, who himself performed at the Club with Peter for many years. This remarkable gig features a breathtaking 4-sax front line, showcasing the talents of Mornington and three other outstanding jazz saxophonists, each with their own unique sound and approach. One of the UK’s leading tenor sax players Mornington Lockett is a former member of the Ronnie Scott quintet, has worked with singer Sarah Jane Morris and the Tracey’s - Stan and Clark - and was the driving force behind the brilliant “Celebrating the Jazz Couriers” quintet. He can regularly be seen here at the Club with his own group. Also featured tonight will be the talented young saxophonist Alex Clarke. As a finalist in the BBC Young Jazz Musician of the Year 2020, winner of the Rising Star category in the 2019 British Jazz Awards and nominee in the Parliamentary Jazz Awards 2021, Alex is amongst the most in-demand and versatile young saxophonists emerging on the British jazz scene. A Royal Academy grad where he was awarded 'The Humphrey Lyttelton Royal Academy of Music Jazz Award’ tenor saxophonist Nadim Teimoori has since been featured with numerous other renowned British jazz ensembles, most notably the Stan Tracey Group, Gareth Lockrane Big Band and the Ronnie Scott’s All Stars. Alto saxophonist Sam Braysher received critical acclaim for his debut album, 'Golden Earrings', a duo recording with NYC pianist Michael Kanan, with the Observer awarding it four stars and a number of jazz journalists selecting it in their ‘Best of 2017’ lists. With a particular interest in exploring lesser-known material from the American Songbook and jazz canon, he has also worked with ECM artist John Warren’s Nonet, Elaine Delmar, Barry Green Sextet, the London Jazz Orchestra and more. This rather spectacular lineup will be accompanied by the current BBC Young Jazz Musician of the Year, pianist Deschanel Gordon and his trio.