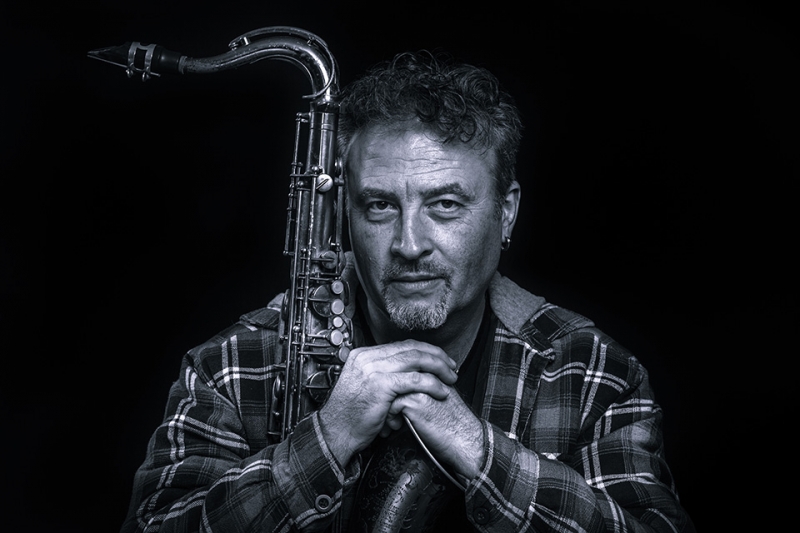 “…one of the most important British Jazz musicians”

One of the UK's leading jazz musicians, the Multi award-winning saxophonist Tim Garland has, over the last 25 years, garnered a formidable international reputation not only as a jazz improviser of fluency, power and grace but also as a composer and arranger of remarkable clarity and breadth. Tim formed his first group in 1990, however it was in the late 90's when he was asked by the iconic US pianist Chick Corea to join his band, an association that lasts to this day, that Tim really cemented his reputation as a world-class performer. Winning a Grammy award for his orchestrations on Corea’s album “The New Crystal Silence” Tim also spent four years with Bill Bruford’s Earthworks and has been an important force with groups such as Storms/Nocturnes, Acoustic Triangle and his own award-winning Lighthouse Project. Receiving a Parliamentary Jazz Award for “Musician of the Year”, as a composer Tim has fulfilled commissions from the likes of the LSO, BBC Concert Orchestra and The Royal Northern Sinfonia. Effortlessly blending jazz with classical and folk music influences, Tim has fashioned a style uniquely his own. Tim’s Special Guest for his LJF Concert this evening will be the multi-Award winning pianist Gwilym Simcock. An enormously creative pianist of power and versatility Gwilym is widely regarded as one of the finest jazz pianists of his generation. Described by Chick Corea as a “creative genius” it’s no surprise that he is currently touring the World with iconic US guitarist Pat Metheny.  For this 606 programme Tim tells me he and Gwilym will be drawing upon the broad repertoire they have, over the years, built up from their long association together, so expect compositions old and new from both Tim and Gwilym in the company of Conor Chaplin-bass and Ernesto Simpson-drums. These days they are both busy international musicians of considerable stature, which means this will be a rare opportunity to catch these two remarkable musicians together. Tim says it’s been about 5 years since they last managed to play with one another, making this definitely a gig not to be missed, could be another 5 years before there’s another chance.