Saxophonist Tony Kofi first came to prominence in the 1990’s as a member of The Jazz Warriors and Gary Cosby’s Nu Troop as well as playing with high profile musicians including Billy Higgins, Clifford Jarvis and Courtney Pine. In 2007 Tony and his quartet performed all 70 of his own works at the London Jazz Festival and received a standing ovation for their six-hour performance (no surprise there), and in 2009, his quartet headlined the Rochester Jazz Festival in New York. And just to emphasise his international status, Tony was one of the featured saxophone players with David Murray’s iconic US band the World Saxophone Quartet, the first UK born musician in that band. Awards include the 2005 Parliamentary Jazz Awards - Best Ensemble, Radio 3 Jazz line up album of the year 2005 and 2008 BBC Jazz Awards - Best Instrumentalist as well as also being nominated for a MOBO in 2008. Tonight, Tony will be presenting his ‘Portrait of Cannonball’ paying homage to the late, great, US saxophonist Cannonball Adderley, to celebrate what would have been Cannonball’s 90th year. Tony will be joined tonight by an outstanding band comprised of the Award winning Byron Wallen (Hugh Masekela, Wynton Marsalis, George Benson)-trumpet, Alex Webb-piano, Andy Cleyndert-bass, Alfonso Vitale-drums and winner of the 2016 Sarah Vaughan International Jazz Vocal Competition Deelee Dubé-vocals to perform music written by and associated with this giant of jazz.

“Tony Kofi’s full-bodied sound, clear articulation and committed attack carry the immediacy and impact of the established masters of the jazz saxophone...his improvisations.....tell stories and have emotional purpose” Financial Times;“There is so much respect in jazz circles for Tony Kofi” Jazzwise; “Wallen proved himself as engaging a showman as he is brilliant trumpeter, composer and bandleader” Jazz Views 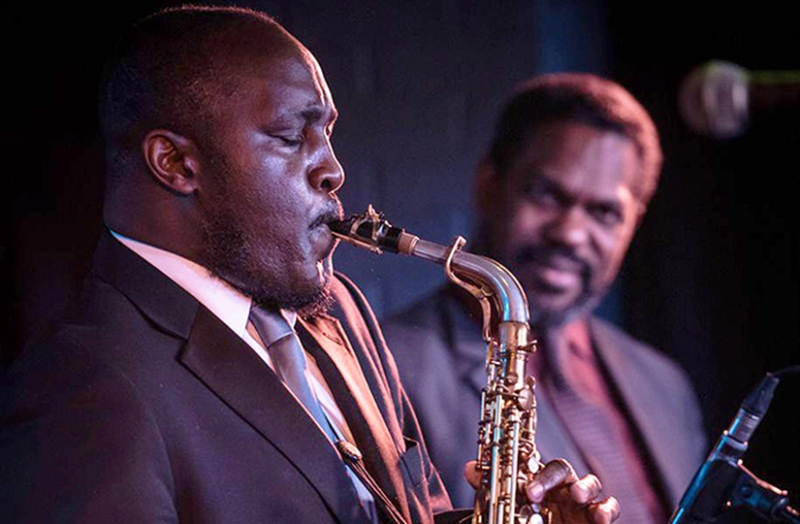