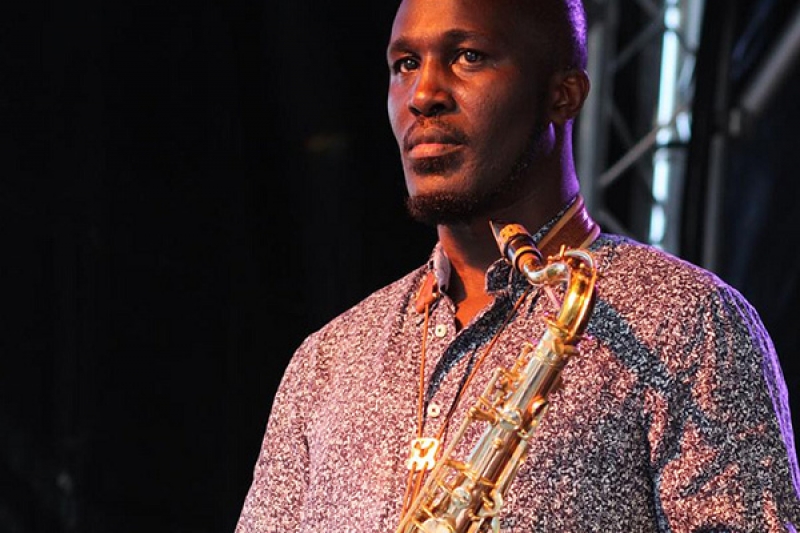 “There is so much respect in jazz circles for Tony Kofi”

Nottingham-born Tony Kofi started playing the saxophone at an early age through a series of jazz workshops run by Nick Hislam, as well as taking lessons from local saxophonist George Carmichael where he says he was ‘bitten by the jazz bug’. Following this Tony was awarded a full scholarship to Berklee College of Music in Boston where he studied with the likes of Andy Magee and Billy Pearce. On returning to the UK he went on to become a member of The Jazz Warriors and Gary Cosby’s Nu Troop, both of which aided his own solo and educational projects, as well as playing with high profile musicians including Billy Higgins, Clifford Jarvis and Courtney Pine. At the turn of the century Tony started working with the Harry Connick JR big band performing on the Michael Parkinson show, The Paul O'Grady show and a live BBC jazz line up recording. In 2007 Tony and his quartet, quite amazingly, performed all 70 of his own works at the London jazz festival and received a standing ovation for their six-hour performance (no surprise there), and in 2009, his quartet headlined the Rochester Jazz Festival in New York. And just to emphasise his international status, Tony was one of the featured saxophone players with David Murray’s iconic US band the World Saxophone Quartet, the first UK born musician to hold such a prestigious position in that band. He has been the successful recipient of many awards; Best Ensemble at the 2005 Parliamentary Jazz Awards, Radio 3 Jazz line up album of the year 2005, Best Instrumentalist at the 2008 BBC Jazz Awards as well as also being nominated for a MOBO in 2008. Aside from his career in performance, Tony has always been committed to music education. He currently teaches at St. Andrews roman catholic school in Streatham and also works with EBD children (children with emotional and behavioral disorders) in Surrey. Tony explains: ‘My aim is to communicate the beauty of music to children and older students – to inspire them to develop their own creativity through the process of composing and performing. Emphasis will be placed on attentive listening and creative expression where students will have the opportunity to develop as individual soloist and in a group environment.’ Tonight, Tony will be presenting his ‘Portrait of Cannonball’ paying homage to the late Cannonball Adderley, who was born Julian Edwin Adderley in Tampa, Florida, on September 15th 1928. Cannonball studed saxophone at the US Navy School of Music before moving to New York City in the 1950s, going on to become one of the best-loved figures in post-war jazz. Known as ‘the new Bird’, he made historic recordings with Miles Davis and John Coltrane as well as having many crossover hits as a pioneer of soul-jazz. Spanning bebop to jazz-funk, he was an unfailingly inventive and communicative virtuoso. He died on August 8, 1975. To celebrate what would have been Cannonball's 90th year Tony will be joined by a terrific band comprising of, Byron Wallen-cornet, Alex Webb-piano, Andy Cleyndert-bass, Alfonso Vitale-drums and Deelee Dube-vocals to perform music written by and associated with this giant of jazz.

“Tony Kofi’s full-bodied sound, clear articulation and committed attack carry the immediacy and impact of the established masters of the jazz saxophone. And like them, he plays at full stretch, whether rampaging over a hard-edged groove or gently warming a ballad with a perfectly balanced vibrato. Kofi has a strong personal voice, and his improvisations, like the tunes he writes, tell stories and have emotional purpose”  Financial Times; “There is so much respect in jazz circles for Tony Kofi” Jazzwise