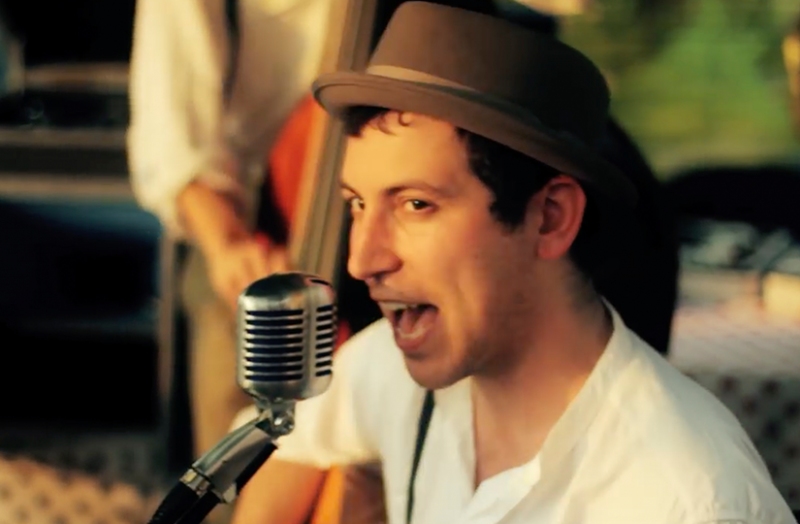 Founded by guitarist/singer Simon Harris, Trio Manouche is a world-class gypsy jazz ensemble that perform a mixture of traditional classic “swing” tunes and upbeat “quirky” originals. Their set brings together the core repertoire of gypsy guitar legend Django Reinhardt with the band’s own foot-tapping arrangements of trad swing greats such as Nat King Cole - alongside several originals that capture their unique charm. Simon’s CV includes performances with legends of the gypsy jazz style such as Tchavolo Schmitt as well as work with next generation artists such as MOBO Award-winner Soweto Kinch. And if you get lucky Simon may even sing and play trumpet (not at the same time, of course…)! Since their founding in 2005, they have been featured at premier venues and Festivals including Ronnie Scott’s, King’s Place, Barbican, Glastonbury, Secret Garden Party, Boomtown & London Jazz Festival. The trio is completed with the ever-swinging handiwork of Giulio Romano on acoustic guitar and Marcus Penrose on double bass, along with special guests, guitarist Dave Kelbie (Fapy Lafertin, Django a la Creole, Don Vappie) & drummer Jason Cooper (The Cure).

Artist Notification Get notified when Trio Manouche plays at the club.