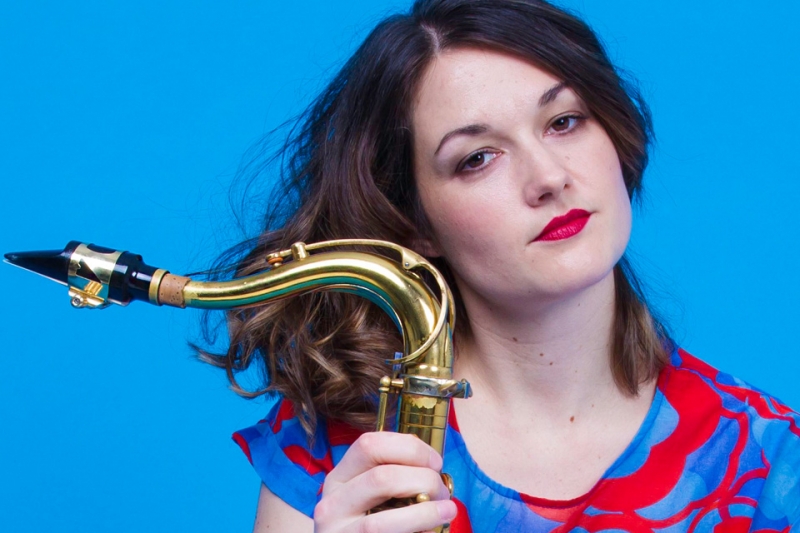 “...brimming with the surprise and ever-inventive singularity of her magic”

Described as “one of the most agile and original jugglers of improv and adventurous composition to have appeared in the UK in recent times” multi-award-winning saxophonist and composer Trish Clowes has developed into one of the most exciting artists on the jazz scene today. A Peter Whittingham Development Award winner and a BBC Radio 3 New Generation Artist, Trish was nominated for a British Composer Award (BASCA) in 2013, going on to win it in 2015 for her BBC commission “The Fox and the Chestnut”. Her current quartet, My Iris, is widely recognized as in the vanguard of British jazz, and Trish’s last two albums, the eponymous “My Iris” and their latest “Ninety Degrees Gravity” have been rapturously received, establishing her as an artist of considerable stature. For this 606 appearance Trish will be joined by her 'My Iris' band (Chris Montague-guitar, Ross Stanley-keys & James Maddren-drums) as well as her special guest, singer Lauren Kinsella ('UK Vocalist of the Year' 2016 Jazz FM Awards), to add even more colour and excitement to this already impressive, world-class lineup. Trish has crafted a bespoke programme including personal favourites from the My Iris repertoire as well as new works created during the lockdown (which we’ve dubbed her “Lockdown Suite”!), that she will be presenting for the first time as part of this EFG London Jazz Festival gig. An absolute treat.

“Clowes…brimming with the surprise and ever-inventive singularity of her magic” Morning Star; “Everything Clowes does has an invigorating purposefulness” The Telegraph; “…we are once again awed by a musician whose composition and improvisation bristles with uncommon genius” JazzDaGama; “Fine improvising vocalist - the powerful, freewheeling Lauren Kinsella” John Fordham, Guardian