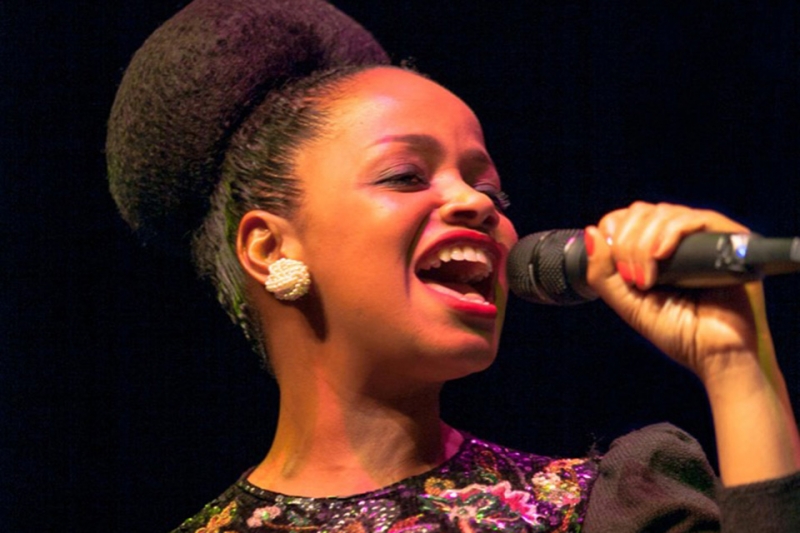 Whilst still in her teens singer Vimala Rowe left England for the Far East where she quickly established herself as a solo artist, writing and recording a hit album before moving on to spend a year studying Hindustani Classical vocals in Nagpur India. Back in England she made the eponymous EP ‘Vimala’, a recording of original compositions that garnered the 2008 Indy Music award for Best Soul, Jazz & Funk act and since then, has gone on to establish herself on the London jazz scene as a remarkable live performer. Her highly acclaimed association with the legendary guitarist John Etheridge resulted in their duo album “Out Of The Sky” being the critic’s choice in both the Guardian and the Sunday Times, she co-composed a work with flamenco super star Paco Peña, performing it at Sadler's Wells in both 2015 and 2017 and in 2018, she was the featured soloist performing Duke Ellington's Sacred Music at Lincoln Cathedral. And just to cement her credentials, in May this year was invited to be a guest soloist with Jools Holland and his band. Her style has been described as a mix of "jazz sophistication and swing, soulful passion and a hint of Indian exoticism" and is quite enthralling. For this special EFG London Jazz Festival show Vimala presents a number of brand new songs from her upcoming 2020 album release, dealing with her life of "upheaval, travel and spiritual searching, painful yet deeply positive, uplifting and humorous. Reflections on life's journey will be the influence of the swinging heartfelt standards played on the night". Making up the rest of the band will be the excellent rhythm section of Giazonne Reyes-piano, Nick Pini-bass and Marco Quarantotto-drums. Wonderful singer, wonderful gig this.