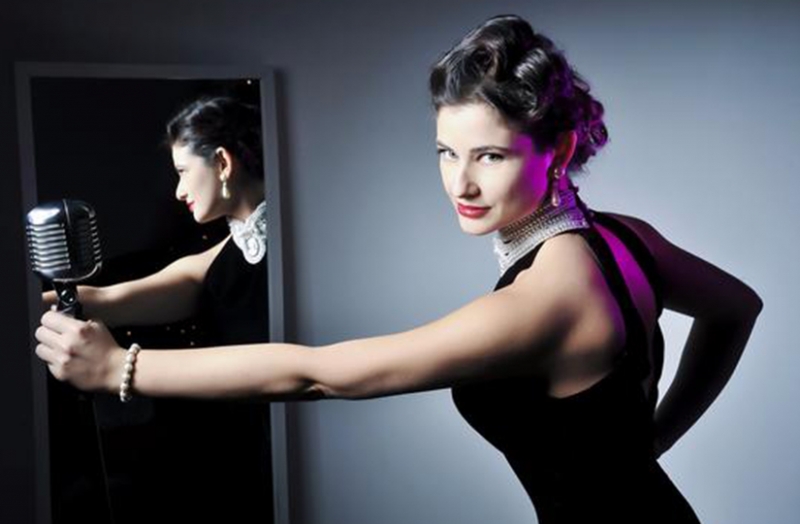 “...Viviana Zarbo very much knows how to hold an audience…definitely the real deal”

Italian-born but a London resident, singer/actress Viviana Zarbo is starting to make waves on the UK jazz scene. She has performed regularly at some of London's most established music venues, including Pizza Express Soho, Ronnie Scott’s and Crazy Coqs and has recently launched her debut album "Take Away" on the prestigious jazz record label 33Jazz Records. After graduating from the American Musical Theatre Academy of London in 2014, Viviana developed an innovative repertoire from the Great American Songbook, re-interpreting the songs by drawing inspiration from great jazz singers such as Billie Holiday, Ella Fitzgerald, Anita O'Day and Sarah Vaughan as well as influences from actresses/singers such as Julie London, Marilyn Monroe and Judy Garland. This Sunday she will be bringing to the Club her latest show which she says “remembers some of the most important women in jazz, cinema and music - the ones who left an indelible mark on our hearts”, from Josephine Baker, Carmen Miranda, Billie Holiday and Ella Fitzgerald to Madonna and Amy Winehouse". A classy and elegant performer with a sumptuous voice and winning delivery, her gigs are always swinging and fun.

"Charming and…with a true passion for storytelling, Viviana Zarbo very much knows how to hold an audience…definitely the real deal" thejazz.co.uk; “Take Away” is the expression of …a velvety voice that Viviana has learnt to use well…a debut worth noting"  Jazz in Europe

Artist Notification Get notified when Viviana Zarbo plays at the club.