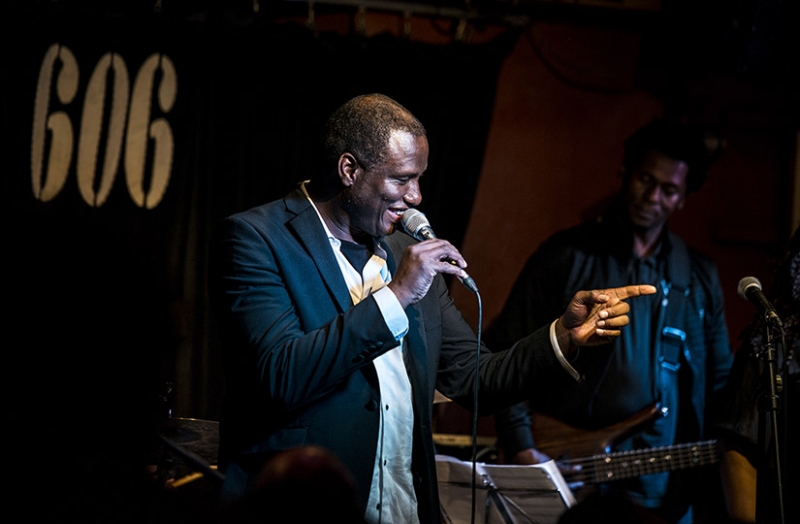 Wayne is one of those fantastic singers who has been using his considerable talents for many years to make others sound good. Hugely successful within the music business he has worked with Tina Turner, Tori Amos, Blur, Grover Washington, Roberta Flack, Madonna & Rag'n'Bone Man. He has also toured extensively with Kool and the Gang, Regina Bell and Billy Ocean, and is one of the singers with the indie/electronica band Gorillaz (oh, that guy!). With his Afro-Cuban heritage, Wayne is a longtime member of the London Community Gospel Choir (as well as the Kingdom Choir, who took the world by storm after performing at the wedding of Prince Harry & Meghan Markle). Living in New York for a number of years, Wayne describes his music a “…fusion of music styles from the Black music scene”. Also a well-established songwriter and producer, this multi-talented artist delivers a simply brilliant set of powerful groove music with an impressive eight-piece band of hand-picked musicians, including guitar, sax and backing vocals, that define the word “soul”.