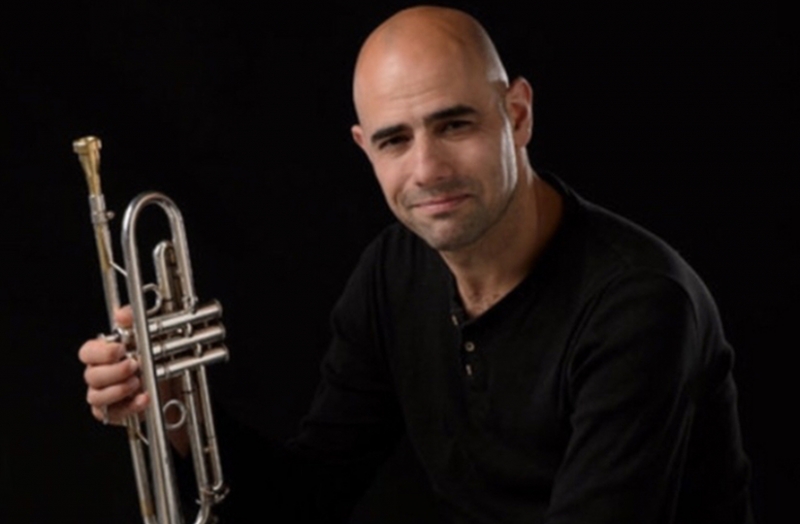 “a trumpeter and composer who has clocked up years of achievements...”

Ray Butcher is an excellent, fluent and melodic trumpet player whose extensive experience includes work with the likes of Dr John, Mica Paris, Robbie Williams, Beverly Knight, Robert Plant, Soweto Kinch and Jean Toussaint. He was the trumpet soloist on the Grammy nominated CD 'Burning Lights' by US Grammy winner Chris Tomlin and appeared on outtakes from the Cookie Monster iphone ad seen by 3.5M YouTube viewers! Ray's own band, The Ray Butcher Band, has made appearances on comedies “Very Important People” and “The Morgana Show” and he also had extensive coverage on BBC1's period drama “Landgirls”. Tonight, following the success of his debut CD “War on the Saints”, Ray will be launching his latest album “Lion’s Den” here at the Club. The band tonight will feature many of the musicians from the album, including Tim Amann-piano, Mike Green-bass & Miles Levin-drums along with Special Guest Christian Brewer on alto sax. Ray describes the music as “easy to listen to contemporary jazz originals influenced by the Miles Davis, Blue note period”, which sounds pretty good to us! A highly professional as well as creative player Ray is widely regarded as an important figure on the Midlands and Northern Jazz scene and so tonight you get the chance to hear this excellent musician without having to go to Newcastle! Highly recommended.

“Ray Butcher is a trumpeter and composer who has clocked up years of achievements...” Cross Rhythms