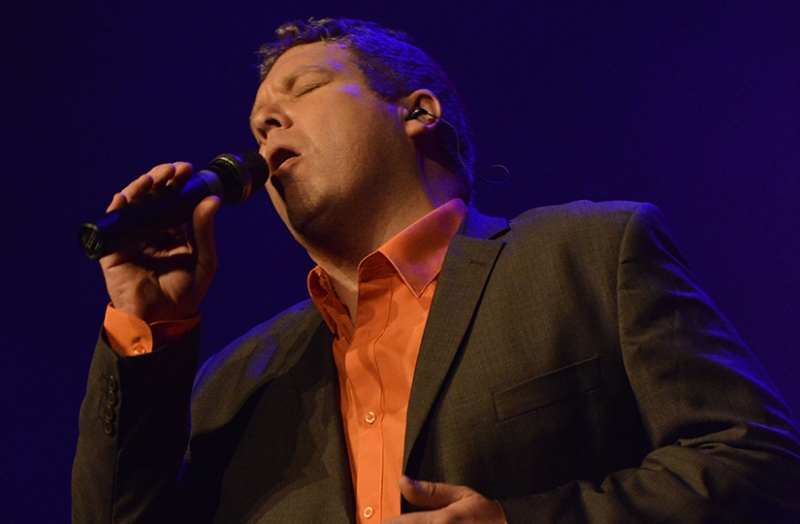 Vocalist Simon Foster’s musical career started in back in 1985, performing his first love, soul music, with his band Weekend in Paris, touring the UK supporting artists as diverse as Joe Brown, The Platters, The Stylistics, Edwin Starr and Gino Washington. Soon after that he landed the part of Elwood in the West End Show “The official Tribute to The Blues Brothers”, staying with the show for eleven years. After some time away from performing due to a serious accident, in 2004 Simon's undoubted qualities as a singer and performer were recognised when he was asked to join the iconic internationally  renowned a cappella band The Flying Pickets. He has been, to date, instrumental in the recording, arranging and production of four of their albums, all of which have received critical acclaim, and he has continued to perform worldwide with the band through to the present.

Simon’s other ongoing project is Arcelia, a genre defining “Folk Soul” band which has recently been touring with Chris Difford of Squeeze and with whom he has also produced and arranged two albums. And if all that wasn't enough Simon is also an experienced sound engineer and co-founder of How Now Productions. Simon was asked to be a "Special Guest" on a gig here at the Club recently, which by chance also involved an old friend, ace studio bass player Phil Mulford. Simon and Phil enjoyed working together so much that they decided (with a little encouragement from me…) to put a band together to play some old school Soul & Funk, just for the fun of it. The resulting stellar band is appearing this evening and includes not only Phil Mulford-bass (Lionel Richie, Lewis Taylor) but also 606 regulars Frank Tontoh (George Michael, The Crusaders, Amy Winehouse)-drums, Alex Montaque (Rihanna, Adam Lambert)-keyboards and Bobby Quigley (Imaani, Noel McCalla)-guitar. The guys tell me the music will be "a predominantly Soul/Jazz set with maybe a little Funk thrown in for good measure!"