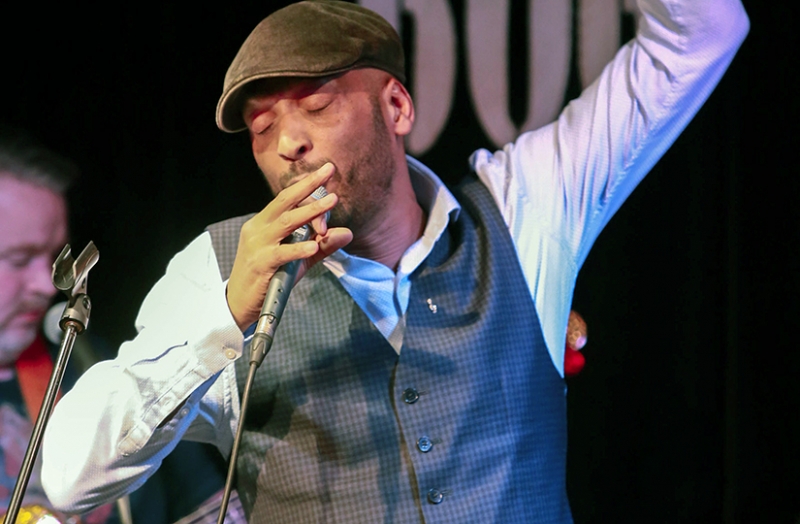 A brilliant, charismatic, singer/keyboardist who is widely admired and respected throughout the music business and even more so at the 606, it is fair to say that Tommy Blaize is one of the most popular singers on British television. After starting his career as a session vocalist working with high profile artists including Tina Turner, Queen and Amy Winehouse and on ads for brands such as Coca Cola and British Airways, he achieved much deserved recognition as one of the featured vocalists on the BBC’s hit programme “Strictly Come Dancing”. Performing live for an audience of more than 12 million every week, Tommy’s undeniable talent resulted in a record contract with Universal, with his debut solo album ‘Life and Soul’ topping the Amazon and iTunes pre-order chart and spending two weeks in the UK top 40. Since then he’s appeared on Radio 2 live specials from the Cheltenham Jazz Festival, on the Friday Night is Music Night Motown Special and was a featured guest at Christmas at the Royal Albert Hall. Tommy and his band used to play at the Six regularly, where their mix of classic groove & R&B standards, along with their brilliant musicianship, made them a Club favourite. A great guy and a fantastic performer, it is with enormous pleasure that we welcome Tommy back to the Club this evening with his own amazing band, featuring amongst others fellow “Strictly” band members Dave Arch-piano, Andy Caine-guitar/vocals and Paul Dunne-guitar. With several hundred years’ experience between them, this brilliant gig from the Tommy Blaize Band is an absolute must see. “Tommy Blaize…oozes Soul and class” Jazz n Jazz