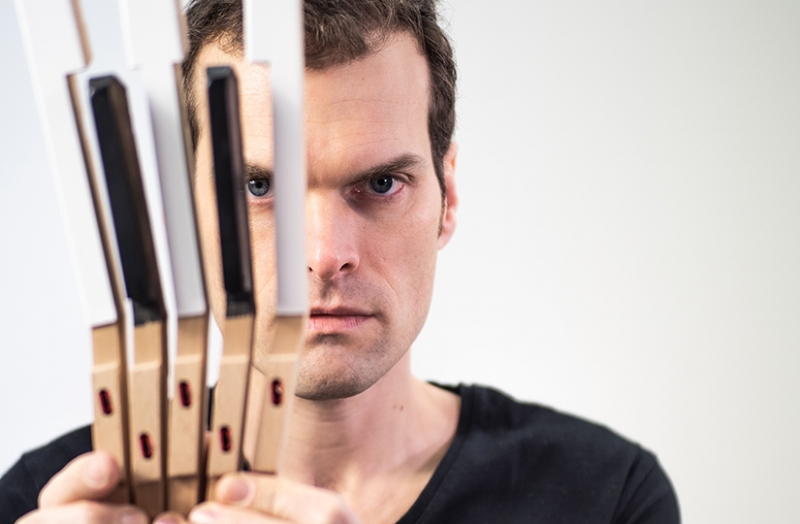 British pianist Andrew McCormack first captured the attention of the jazz world with the 2006 release of his debut album ‘Telescope’ for which he received the BBC Jazz Award for ‘Rising Star’. Since then he has toured, recorded and collaborated with an impressive array of internationally established musicians, including Randy Brecker, Quincy Jones, Jamie Cullum, Jean Toussaint and most recently Kyle Eastwood, which has seen him contribute to the scores and orchestrations of several Clint Eastwood films. Andrew’s 2014 album with his Trio, ‘First Light’, recorded in New York, earned 5 Stars from BBC Music Magazine while the 2017 eponymous debut of his progressive jazz band ‘Graviton’ (featuring Sons of Kemet saxophonist Shabaka Hutchings and Mercury-nominated vocalist Eska) was described as "amazing stuff…” by Jazz FM. Now Graviton, which presently features Josh Arcoleo (saxophone), Tom Herbert (bass), Joshua Blackmore (drums) and Noemi Nuti (vocals) have returned with a new album, “The Calling” on the Ubuntu Music label, music from which will be showcased at this performance tonight. Described as following the storyline of the classic ‘Hero’s Journey’, Andrew and the band have pushed to create a new, yet accessible style while sidestepping genre boundaries. They have toured extensively over the past year and we are delighted to have this inspired and creative quintet here at the Club. “

“This has to be one of the most exciting bands in Europe today” Jean Toussaint; “McCormack’s limitless talents are really put to the test this time around with the incredible ambition of ‘The Calling’   ***** 5 stars” UK Vibe; "the pianist’s classical precision, unfolding group narratives and swaggering sense of swing kept a full house on its toes” Financial Times; “…an extraordinary British pianist and a great composer” Jamie Cullum, BBC Radio 2