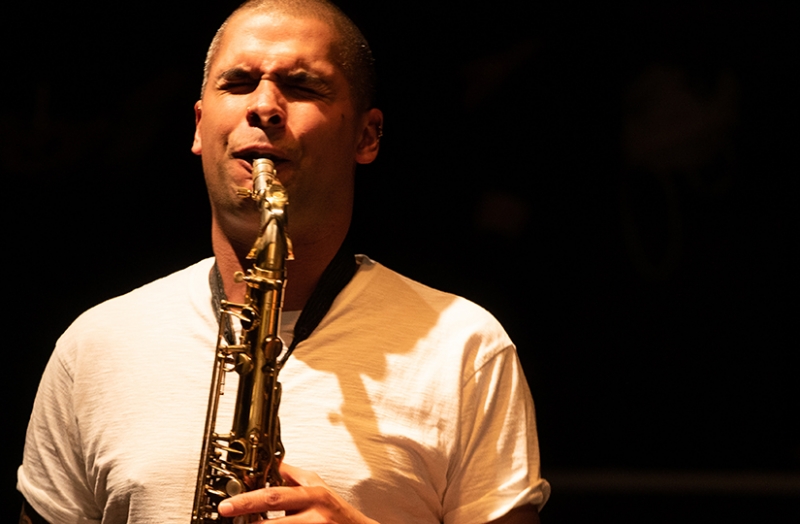 “…fresh and invigorating, continuing the best and most innovative of the hard-bop style”

Perhaps best-known as a member of the critically acclaimed duo “Binker & Moses” - who received a 2015 MOBO Award, a 2016 Parliamentary Jazz Award for ‘Best Newcomer’ and two 2016 Jazz FM Awards for Breakthrough and Best UK Jazz Act - saxophonist Binker Golding is a superb player of fascinating contradiction and diversity. An alumni of the ground breaking Tomorrow’s Warriors (with whom he now teaches), Binker was mentored by Warriors founder Gary Crosby OBE, who calls him ‘an incredible composer, probably the best we have now’.  In addition to his work with Binker and Moses, he’s also played and recorded with some of the UK jazz scene’s most exciting talents, including Zara McFarlane, Ashley Henry and Elliot Galvin (with whom he released the album “Ex Nihilo”). For this 606 show tonight, Binker will be performing material from his latest album “Abstractions of Reality Past & Incredible Feathers” on specialist label Gearbox, the first with his own quartet. Showcasing a more traditional approach distinguished by inspired, melodic soloing, it beautifully captures the feel of classic postmodern jazz from the 60s and 70s, updated with 21st century zeal. In addition, tonight's programme will also include a very special tribute to the iconic composer George Gershwin. Along with Binker, the band includes three equally brilliant up-and-coming musicians, Sarah Tandy-piano, Daniel Casimir-bass and Sam Jones-drums. World-class and highly recommended.

“Surprisingly straight up and filled with wonderfully lyrical flourishes…Binker Golding’s new record…is as grown up an album as anyone else in London’s much lauded, youthful jazz scene has thus far managed” London Jazz News; “…fresh and invigorating, continuing the best and most innovative of the hard-bop style” Jazz Journal; “None of the new...improviser-composer…saxophonists on London's underground scene are more accomplished than Binker Golding” All About Jazz