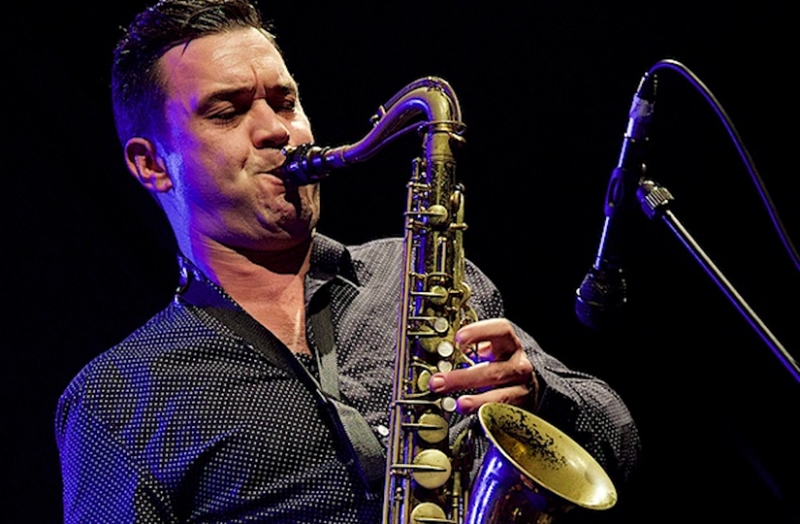 Brandon Allen is an expat Australian saxophonist who has made quite an impression on the scene since taking up residence in London. His wonderfully fluent and incisive sax playing has been heard in prestigious venues all over Europe and at numerous festivals around the world, including the Womad World Music Festival, Reading Festival, Brecon Jazz Festival, The Vittoria and Terrassa Jazz Festivals in Spain, Manly Jazz Festival in Australia and the London Jazz Festival. To give you a sense of just how good he is, he has performed with the likes of Eric Clapton, Mica Paris, Jools Holland, BBC Big Band and Omar among many other high profile artists, and is a member of the Kyle Eastwood Band, which has seen him keeping a busy touring schedule. As a leader, he received critical acclaim for his tribute to American bebop saxophonist Gene Ammons, and the show this evening takes as its subject another sax player whose brilliance has stood the test of time: Stanley Turrentine. The repertoire will be drawn from Turrentine’s releases on the Bluenote and CTI labels, along with Turrentine’s renditions of rock/pop hits of the 60’s and 70’s as reimagined by Brandon’s exciting new quartet (Will Barry-piano/keys, Joe Downard-bass & Dave Ingamells-drums). Expect soulful saxophone playing accompanied by a hard swinging and funky rhythm section – not to be missed, this one.

“Brandon Allen is arguably the most exciting tenor player in Britain today” Jazzwise; "Swing, invention and stunning instrumental technique... a world class performance" Evening Standard; "His four-octave range and flawless command of the altissimo register was nicely offset by his full-bodied yet raucous tonal quality offering something for fans of the entire history of the instrument- from Hawkins to Brecker- he's got em covered." London Jazz