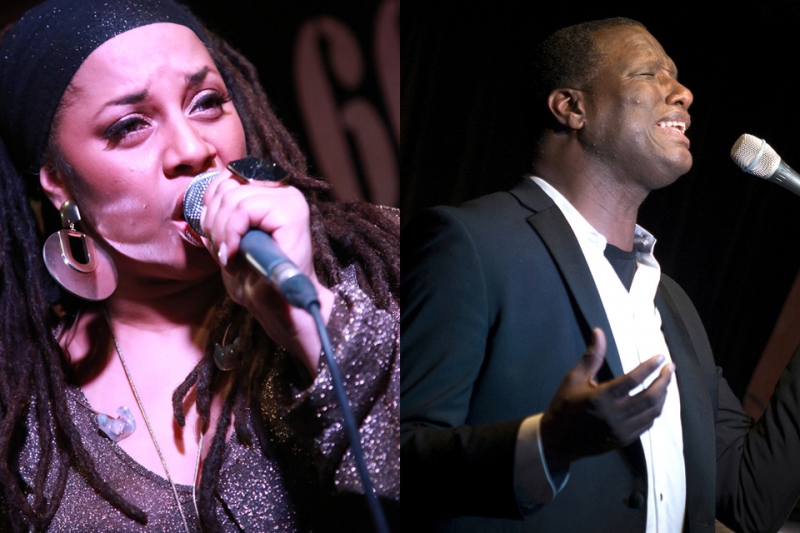 Tonight the 606 Club features two of the finest Soul/Groove singers in the UK, Incognito's Imaani and her special guest, Wayne Hernandez (Tina Turner, Grover Washington, Roberta Flack, Billy Ocean). A terrific singer in the Soul/R&B tradition Imaani first came to prominence in 1998 as runner up in the Eurovision Song contest, producing the highly successful single “Where Are You” that charted around the world. Her worldwide tours, television, live and studio output since includes work with the likes of Gloria Gaynor, Carleen Anderson, Michael Bolton, Lulu and Beverley Knight. But she is probably best known as one of the featured singers with the iconic band “Incognito”, with whom she has worked for more than 12 years. Wayne Hernandez is one of those fantastic singers who has been using his considerable talents for many years to make others sound good. Hugely successful within the music business his cv is vast, including work with the band Gorillaz (oh, that guy!) and more recently the Kingdom Choir, who took the world by storm after performing at the wedding of Prince Harry & Meghan Markle. A firm favourite at the 606 Club Wayne is without doubt one of the finest soul/R&B singers in the UK. This is a rare chance to hear these two giants of the UK Soul scene performing together and absolutely not to be missed.

“The magnificent vocals of Imaani” DJ Times; “Imaani’s beautiful vocals are the standout element” JjazzproJect; “it was clear that Wayne had a very special talent, his voice, it was simply breathtaking” Livemusic.fm