Jonathan Gee :: Jazz from the Academy 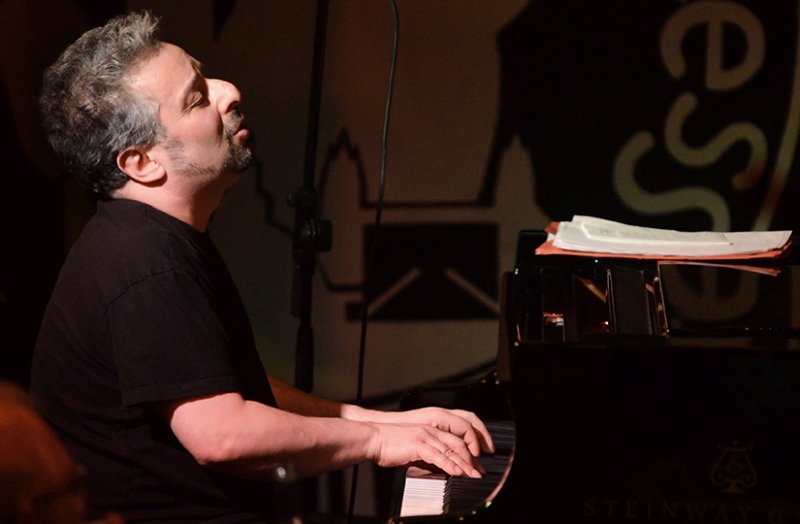 8:00pm: JONATHAN GEE Voted the Guardian/Wire British Jazz Awards "Most Promising Newcomer" in 1991, pianist/singer Jonathan Gee has since gone from strength to strength as a bandleader and sought-after sideman. He has worked with numerous of the jazz world’s most acclaimed artists, including Pharoah Sanders, Benny Golson, Craig Handy, Mark Murphy and Jean Toussaint and leads a number of different groups performing his own and other music. An International artist, he includes work in the likes of the US, Italy, France, Finland, Azerbaijan, Cameroon, Singapore and China. As well as all of that he is also a founding member, along with Award-winning saxophonist Tony Kofi, of the highly acclaimed Monk Liberation Front. He has recorded eight CD’s, including his latest critically-lauded album “Dragonfly”. Tonight Jon will be presenting an evening of eclectic musical styles in the company of two of the UK's finest musicians, Tim Whitehead (Nucleus, Loose Tubes) on saxophone and Nick Pini (Laura Marling) on bass. Jon tells us they will "be performing compositions from "Dragonfly" alongside pieces written by contemporary masters such as David Binney and Yosvany Terry, plus I will sing some jazz standards from the Mark Murphy songbook". Definitely not to be missed!

"The fire and invention that marked his recent performances with Pharoah Sanders are in full evidence on [Dragonfly]...his breathlessly sparkling originality shines through" Jazzwise; “[Gee] a performer of flexibility, resourcefulness and technical command to rival any of his generation” Guardian

9:45pm: JAZZ FROM THE ROYAL ACADEMY OF MUSIC WITH THE HARRY BAKER BAND   This gig is being presented in collaboration with The Royal Academy of Music, and is part of the Club’s ongoing policy of providing a platform for younger musicians. Tonight the featured musician will be pianist Harry Baker with his excellent band.