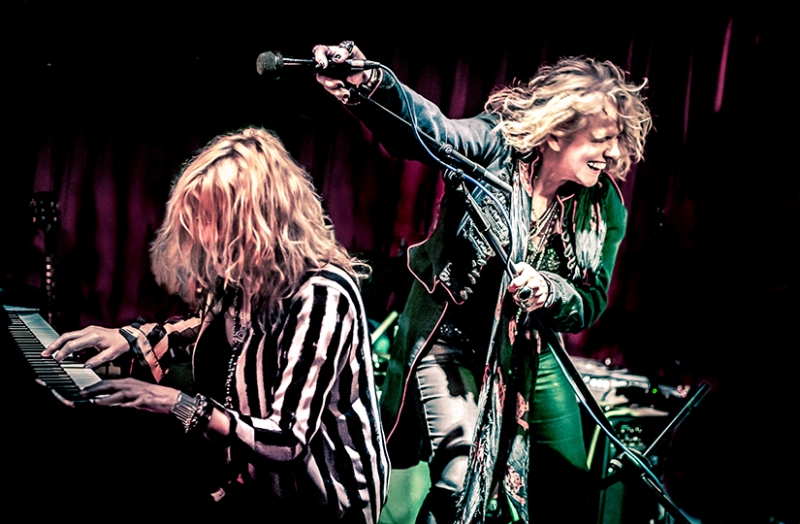 “...one of the best live bands in Britain”

With their distinctive moniker blues-rock band “Never the Bride” are led by Bristol-born singer Nikki Lamborn and Glaswegian Catherine ‘Been’ Feeney on vocals, keyboards and guitar. Founded 25 years ago, they have played venues ranging from The Royal Albert Hall with Elton John, Wembley Arena supporting The Who, Glastonbury Festival with Dame Shirley Bassey, Birmingham NEC duetting with Bryan Adams to more intimate Clubs including Ronnie Scott’s and Pizza Express. In addition, after touring UK & Australia with The British Rock Symphony alongside Roger Daltrey and Paul Rogers, no less an authority than Daltrey himself said “Nikki Lamborn has the best female rock voice since Janis Joplin”. However their undeniable rock credentials notwithstanding, Dame Shirley Bassey hired Nikki and Catherine to produce her album “Get the Party Started” on their own Lock, Stock and Barrel label, which reached number #6 in the UK charts. Nikki is also an acclaimed vocal coach, described as “the best I have ever known” by Beverley Knight and appearing in that capacity on BBC’s “Just The Two Of Us” and Channel 4’s “Faking It” among other TV credits. The band also includes Maxime Obadia (James Morrison)-guitar, David Levy (Rory Gallagher, Joan Armatrading)-bass and Fergus Gerrand (Sting, Mike Oldfield)-drums. This is world class, road-tested blues-rock of the highest calibre.

“Never The Bride are an absolutely brilliant band, one of the best live bands in Britain.” Bob Harris, BBC Radio 2