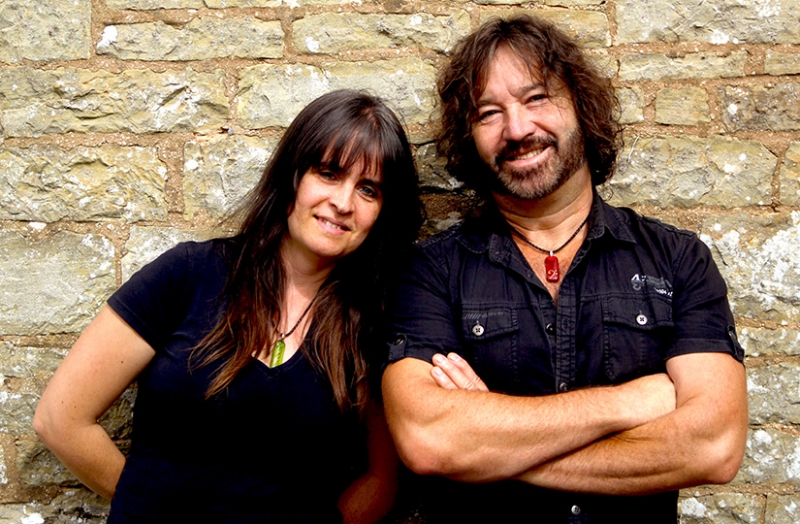 Led by the Award-winning singer/songwriter Kate Ockenden (Ko) on keyboards and vocals along with husband Geoff Ockenden (Go) on 6-string bass, the KoGo Project offer a powerful, sophisticated take on contemporary jazz, Groove and R&B that deserves attention. A successful TV and film composer, regularly working for the likes of BBC2, CBBC and Sky TV, Kate has written copious amounts of production music for EMI and scored several independent feature films and documentaries. She won the Yamaha Youth Pop and Rock Awards in 1994, was a finalist in the 2005 BBC New Talent Competition and most recently won the Jazz/Blues category of the UK Songwriting Contest. An in-demand bass player for more than 20 years, Geoff includes work at numerous venues around the country, including regular appearances at Ronnie Scott’s as well as underpinning shows with artists including Chaka Kahn, Nigel Kennedy, The Average White Band, Womack and Womack and Ruby Turner. The KoGo's debut album "Do It", released in 2016, was extremely well received, attracting the attention of the likes of Michael McDonald "Brilliant"and Bill Sharpe (Shakatak) "Great". Jazz FM invited the band to perform live on the Chris Philips' show and they were also asked to appear with Beverley Knight and the West Side Story cast at Birmingham Hippodrome's 120th Anniversary Gala earlier this year. KoGo has been on hiatus from live work for the last few months while Kate has been scoring two independent films, but they are now back writing new material and new arrangements, a number of which you'll be hearing this evening. Making up the rest of this exciting band will be Andy Jones-guitar and Carl Hemmingsley-drums.

“...knockout, the evening was over before you knew it” Jazz Journal;“Kate Ockenden delivered soulful vocals and funky Rhodes……the standard of playing was excellent throughout…..[an] infectious mix of jazz, funk and soul” The JazzMann